2439 votes, 9 stars
Get the last version of Fight Club: Karate Games Game from Action for Android. The real high school bully gangster brawl is waiting for you? Show you kung fu karate skills and be a champion fighter. Enter the world of High School Fighting Games Gangsters: Be a... Read More. 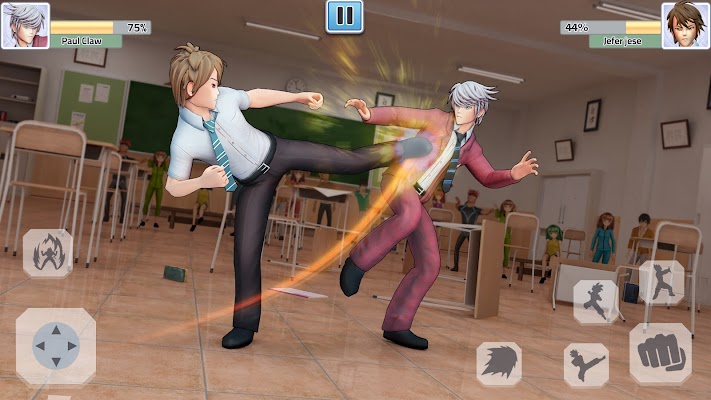 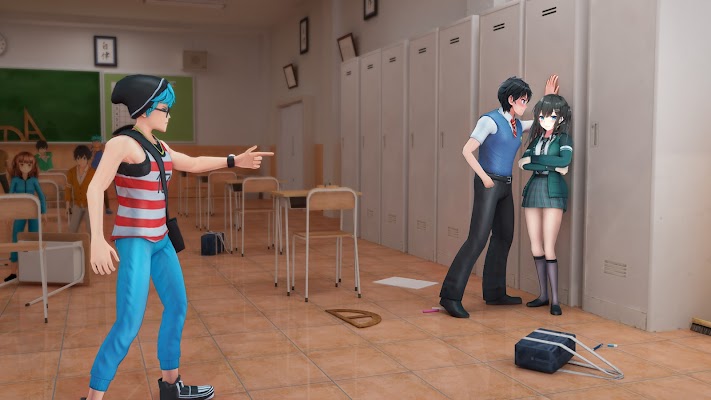 Be a trained karate fighter in high school and defeat all your enemies with kung fu fighting games skills. We welcome you to the karate high school to experience a real karate brawl. Get ready to win the kung fu karate fight and show your actual power. You have to face tough competition because your enemies are real gangsters. You have to use your special attacks to fight against bullies in this fighting game. You are the one who will fight against the bully gang. Fight with them in high school with your unbeatable karate skills and help other students escape from terror. Accept all the kung fu challenges and beat the whole gang with your special attacks and karate moves. Show them who is the real kung fu master of karate fighting games. You have to do something for your high schoolmates. Be the fighter and beat all your rivals. Use different fighting styles to defeat your enemies. There are two groups of teen boys and girls, and you have to select one side. Choose your side and rule the high school.

Show your Kung Fu Karate Tactics to win the brawl

Get ready for some fun and overthrow your rivals with your action-packed moves. High school bully is not just a simple fighting game. You will experience the real faction fight between two groups. You have to fight like a real karate master to overthrow your enemies. In this bully gangster fighting game, you are just showing off your ability to fight against bad boys. You challenge bullies for a kung fu karate face-off, and you have to win the fight. Beat them up with your special moves like extreme karate kicks and punches. In this high school gangster fighting game, you can test your boxing skills and knowledge about your karate moves. It's time to show that you are the real king of the high school brawl. Do you want to experience a real high school kung fu fight? All the fighters have their moves, karate skills, and numerous combos. Be an invincible karate fighter and show them no one can beat you in kung fu fighting. Use special activities and punches to defeat your rivals and win stunning fights.

So why are you waiting? Download this amazing action-packed high school bully gangster fighting game and be a real kung fu king.